All historical photos are courtesy of the Westchester Township History Museum.

The town of Chesterton is located in Westchester Township, Porter County, Indiana and is about 50 miles southeast of Chicago, close to the southern shore of Lake Michigan and the sand hills known as the Indiana Dunes.

Part of a great continental crossroads, the area was for thousands of years home to a succession of early people attracted to its rich animal and plant life. The Miami and Potawatomi of the Great Lakes Woodland Culture were the last of the Native American cultures to hunt and farm the area’s densely forested land. 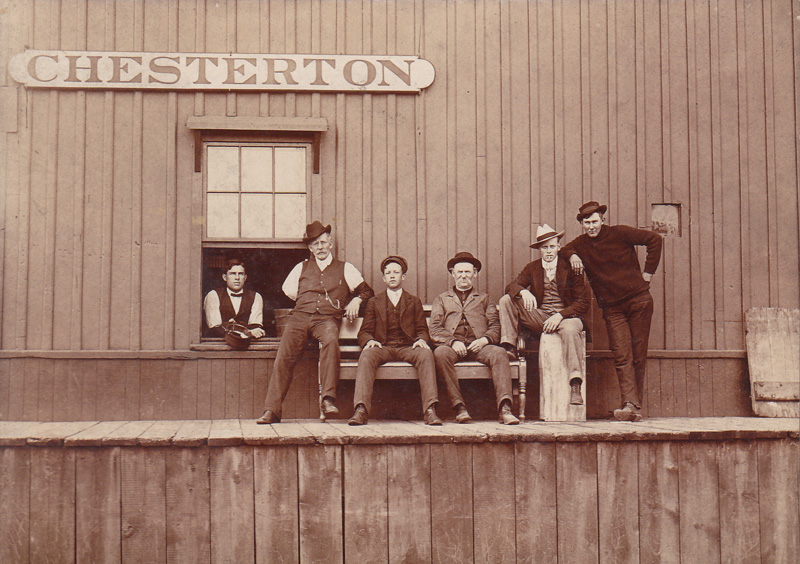 Contact with the French fur traders known as voyageurs began about 1650. The resulting fur trade was initially beneficial to both cultures, but ultimately disastrous for the Potawatomi who, after selling their land to the U.S. government, were forcibly removed from Indiana to the Kansas Territory in 1838.

Control of the Great Lakes region passed to the British in 1763 with the victory over the French in the French and Indian War, and to the new nation of the United States at the conclusion of the American Revolution in 1783. What would later become Chesterton formed part of the Northwest Territory until the creation of the Indiana Territory in 1800, and then the state of Indiana in 1816.

In 1822 Joseph Bailly, a French-Canadian fur trader, moved with his wife Marie and their family to land that would be part of Westchester Township. He established a trading post on the Little Calumet River, the primary waterway in the township. The Bailly Homestead is now one of two historic homes included within the Indiana Dunes National Lakeshore.

In 1833, Jesse and Jane Morgan and their 7 children settled in the area southeast of the present town of Chesterton. They established a stage house on the Detroit to Fort Dearborn (now Chicago) stagecoach road (now Porter Ave.), cleared their land and began farming. They were followed in the next year by the Thomas family, founders of Chesterton, and shortly thereafter by an influx of pioneers from the eastern and southern states.

The community of Coffee Creek, named after a nearby stream, was settled in 1834 by the Thomas family. The town was renamed Calumet in 1850 and in 1852 was platted for the first time. In 1870 the town’s name was changed to Chesterton because of the confusion caused by another town named Calumet on the same railroad line.

Continue reading about the history of Chesterton, Indiana (PDF).